With our CROSS practical strategy the different stages of a partnership is taken into account and the different factors affecting each stage.

Our strategy benefits from knowledge shared in the litterature; “World value survey” research findings around trustworthiness, and also the level of ethnical diversity within countries. Our strategy also benefits from testimonies from individuals with extensive personal experience from cross-cultural partnership. 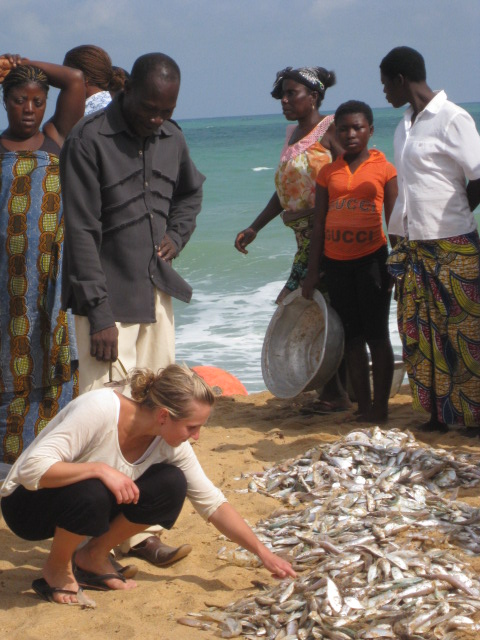 It is not always easy to understand another culture, especially for a person who never visited the other country. Each culture has its own values and ways of doing things. For any cross-cultural partnership to be successful, the awareness and the management of cultural differences is key.

A high degree of cross-cultural understanding enables the capacity of offering high-quality services, an efficient and comfortable work environment, and gives us a well-tuned team where everyone is heading towards the same goal.

The aim with our CROSS practical strategy is to raise awareness, increase knowledge, meet needs, impose empowerment and respect, and create dialogue across cultures.

Social media interactions
1. All members ensures to have a personal LinkedIn account.
2. All members follow HR&S on LinkedIn and on Facebook.
They like, comment and share posts by HR&S.
Joint fundraising campaigns
3. All members acts as Ambassadors in their own private social media streams an point at HR&S FB and HR&S LinkedIn as well as the relevant programme campaigns on Global Giving and on the new Action10 own Crowdfunding platform.
4. All members act as Ambassadors when they meet and talk with people and make the programme visible.
5. All members to their best to provide programme updates, photos and videos that Action10 can use in their campaigns.
ActionTalks
6. RISE Centre Operations Team and RISE members attend ActionTalks and share about cross-cultural respect issues, and other relevant topics.

“My institution has been sponsored from an institution abroad. My institution used the equipment sponsored for another purpose than agreed. The sponsor withdraw the support and over 30 staff members lost their job and the laboratory lack equipment.”
“We are totally dependent, either empower in the wrong way or dis-empowered.”
“While the sponsor is there the receiver do not try to arrange own funds and own solutions.”
“There is a problem among us Africans with responsibility. That is the reason for lack of accountability.”
“We Africans do not know how to manage an institution, if we did then some problems would be avoided.”
“Sometimes the institution has very bad systems, so that it is really difficult to be accountable. The many layers of bureaucracy, creates a problem with that we do not know who is responsible for things that has happened.”
“If someone is really serious and really trying, they get frustrated by the bureaucracy, which makes it impossible to excel in actual practice”
“Let us say that some one is placing an order, and that order passes through the institutional system, then maybe the wrong items shows up. If it happens there is no one to make accountable for the mistake.”
“Most of the time we lack personal motivation, if someone do not earn money then the motivation is lacking.”
“A social entrepreneur may have their own way with weak accountability and may not want to change.”
“What I have seen in Europe is that the government is more interested in the results from the Universities, lack of interest by the government as in African countries  can dis-encourage the researchers.”
“The salary for researchers in Europe is higher enabling the researchers to sustain their families. If we need to look for extra income, as in Africa, then we become less accountable.  Especially if you are the only the person sustaining your family. Maybe someone needs to pay hospital or funeral costs, the person may want to borrow money urgently and intends to replace that money later, but replacing then maybe it is more difficult than expected.”
“In Europe they share ideas, but in Africa there is a hierarchy instead. The high level may take decision that we do not agree on. People do not tell what they want when in meetings with high level people.”
“In a meeting everyone was agreeing with the leader, but after the meeting when the leader had left, all other participants n the meeting said they will actually not do what has been agreed on.”
“When people come back from studies abroad they come with high ambitions, but after two years they give up, because the environment is too challenging.”
“Also in meetings in Europe, people can choose to hide their opinion.”
“If using money for something else than agreed on, donors in Europe is of the opinion that people have been steeling, and they feel cheated upon.  Europe cannot comprehend this situation, that it can really bed bad like that so that people actually have such difficulties that they see no other alternative than to divert money. This is lack of understanding across cultures.”
“In Europe we just have have to pay back, and if you do not pay back, you will have to pay more and more. This is imposed on Europeans through the country rule-of-law.”
“Regarding the patronizing system, the system is so common that we do not reflect on it. For example building a school, we are used to it, an see no problem. A changed mind-set will require a lot of explanation.”
“People in Europe want to help, but people are born into how to help in a patronizing way.”
“We Europeans can make easily make mistakes and cause problems by imposing our ways on others.”
“Lack of reporting in Africa, even in the government there is lack of reporting. This results in that people do not know what is actually happening. If there would be reporting, then survey would be efficient. Even when for example the World Bank transfer funds they cannot make a proper survey of the impact, because there are no reports. To sort this our African Institutions need to have workshops to discuss progress or no progress.”
“Also within Africa we have different cultures. For example in some places, girls should not go to school, they should focus on helping their husbands. The Europes must show cross-cultural respect, to understand the differences.”
“We lack communication, people are often reluctant to share information because they are afraid that the idea they had will be stolen.”
“People work by themselves and do not want to share information, this also crates a distance between donors and target partner.”

Some of the presentations during Action-talks

As a young girl in Kenya, she did not get a white collar job. So she started a business for her livelihood and to fight poverty. I started Veema without a single product. In the beginning she was selling other peoples products.
Bootstrapping: find other income, sell knowledge as soon as available, limit the costs, maybe parallel work, borrow from family without interest.
Market: Always be an entrepreneur, in every situation be selling. Bring product to every gathering.
Untapped talents are there in Africa.
Dream, supply bed runners throughout Africa, and give employment to many, direct and indirect through empowering others to be business people.
She would like to have mentorship  through HR&S, skills. Funds is not the solution.
She is willing to be a member of our Network for social entrepreneurs.