High quality farming also provides good opportunities for social enterprising where HR&S offers loans and coaching on improved agricultural methods as well as better seed, tools and equipment. We provide a network for knowledge sharing. We can also work with ensuring fair prices when rural farmers sell their products to urban buyers.

We shall use the land that HR&S has bought in Togo, Agbolouwé.

At a time when farmers continue to decry dwindling yields as a result of poor seed varieties and diminishing soil fertility, one farmer in Molo Kenya is farming year round thanks to intercropping potatoes with gardens peas, a practice that has also boosted soil fertility in her farm (Ireri, M., 2016). Having traditionally relied on potato seeds from the previous harvest for planting, Ann Chepngeno couldn’t understand why her yields dwindled with each subsequent harvest. Unknown to her, the potato seeds from the previous harvest carried with them diseases, and their yielding capacity decreased with every harvest. For example a tuber that produced six potatoes in one harvest, would produce three in the next. Ann’s light bulb moment came after a training organized by the Ministry of Agriculture, that not only pointed her to the importance of planting seed varieties but to the extent with which good farm management practices can determine the yield results. Ann is now a certified potato seed grower who has expanded her farming space from just 2 acres to over 15 acres. “The demand for seed potatoes is astronomical. There are rogue potato seed sellers who have infiltrated the market and selling sub standard seeds to farmers but we thank them. Because farmers who end up buying those seeds get little yields and the y come to us trying to correct the situation. Sometimes that is how farmers need to learn,” said Ann. Ann gets her seeds from Kenya Agricultural and Livestock Research Organization (KALRO) and other research institutions. Upon growing the potato seeds and before selling them to farmers, she takes some samples to the Kenya Plant Health Inspectorate (KEPHIS) who tests the seeds for diseases. “It is very important that we get the seeds right. Diseases are the biggest headache for potato farmers and take a huge toll on yields. One of the farmers I am working with to help her salvage her farm, put an acre on potato farming. She harvested nothing. All the potatoes were attacked by Bacterial Wilt. She would have salvaged something if she had the certified seeds which at times can withstand the diseases, but she had bought seeds from rogue traders,” she said. She grows different seed varieties including Kenya Karibu, Tigoni and Sangi varieties. Each variety does well in different climatic conditions and are ideal for various markets. “For example those exporting frozen chips prefer to grow the Tigoni variety because it is preferred by the export market and is easy to cook,” she said. Sangi variety however has become the darling of many local buyers due to its ability to yield more and mature fast. It takes three months, and a tuber can produce up to 15 potatoes. The huge demand for the potato seeds has seen Ann rent land to supplement his 10 acre piece. But in a classic crop rotation model that is earning Ann more, she has also entered into garden pea farming which she farms for export under a contract farming arrangement with Finlays. The garden peas mature after three months, but the demand is so high that every week she has to deliver. She has divided her land to ensure continued supply. Every week she delivers on average 20 kilos with a kilo fetching Sh100. The garden peas have assisted her potato farming. According to experts potatoes should not be planted continuously. If a farmer plants potato  this season, that piece of land should not be under potato cultivation next season. This is to reduce the chances of disease and improve soil fertility. “So after harvesting my potatoes, I plant garden peas the next two seasons. Garden peas are also known to be good nitrogen fixing crops meaning by the time I am planting potatoes again, the soil is fertilized. I use very little fertilizer on the farm,” said Ann. With potato being the second most important crop in Kenya after maize in terms of consumption, being grown by approximately 500,000 small scale on 120,000 hectares and with an average yield of 7.7 tonnes per hectare it is little wonder that farmers from across the country flock Ann’s farmer for the right seeds and advice. “Even hotels are now growing their own potatoes and are keen on investing in healthy potato seeds. A healthy and certified seed makes all the difference in terms of yields. If you are growing to get yields stay away from planting seeds from the previous season. It won’t work,” Ann added. 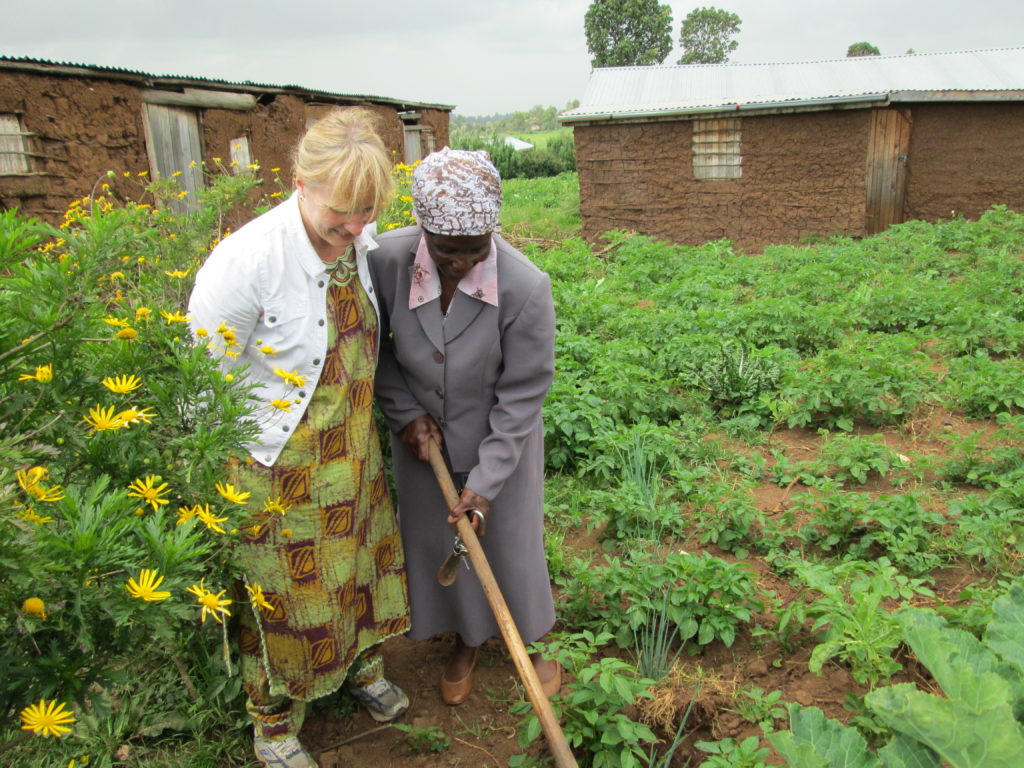 Women in rural Nakuru, who for years have toiled as peasant farmers, have started putting their small plots of land to better use. They have abandoned subsistence farming for agribusiness after being guided on modern methods of farming. Dairy farming and horticulture are their choices so far. Apart from increased earnings, they work fewer hours on average than they used to when their farms only produced enough for family use and gifts for friends during visits. Because of the thin yields, they said, there was little room to think about making money from their plots.

But now a group of 2,700 farmers spread across Molo, Kuresoi North and Kuresoi South sub-counties are reporting improved living standards after changing tack, according to members who spoke with the Business Daily. This is after they were trained by Groots Kenya Association in collaboration with the Ministry of Agriculture. “It is no longer about growing vegetables to feed yourself or gift to friends, relatives and neighbours during visits, but making money out of it,” says Ms Margaret Njeri, one of the farmers from Elburgon in Molo. Doing things differently, they say, has given them a way around the challenges of tilling tiny plots. For example, Ms Njeri grows vegetables in sacks, leaving her with ample space in the kitchen garden to grow other crops. She says her weekly earnings have increased since adopting the new farming method in July 2012. “Each sack can take 60 pieces of sukuma wiki (kale) or spinach. Three of them make a sizeable kitchen garden. In the rest of the space, I grow onions and beetroot.” Most of the members have at least an acre of land on which they grow oranges, lemons, tree tomatoes, pumpkins, courgettes, green peas, egg plants, avocados, beetroots, tomatoes, onions, spinach and kale. Ms Njeri is part of a lobby group of 19 women called Golden Ladies which they use to get better markets for their horticultural produce. “We collect the vegetables or any other horticultural produce from each farmer weekly and supply our customers, who include wholesale traders and hotels,” she says. As a group, they can negotiate for better gate prices as opposed to dealing with brokers individually. “In a week, I can make Sh2,000 against the Sh200 I used to earn from selling only sukuma wiki,” she says. Ms Anne Wachira, another farmer from Nyota Ward in Kuresoi North, says she is reaping a tidy profit from her piece of land. “I was more into potato farming and had little knowledge on how much I could make from growing more profitable crops in just one acre until I got the training on agribusiness,” says Ms Wachira, who is also the treasurer of Golden Ladies. She is saving to buy more land to expand her farming activities.

Ms Nancy Kirui, a dairy farmer, says she no longer feeds her cows on Napier grass alone, but has identified more nutritious lucerne, calliandra and dried Kikuyu grass. “The knowledge that calliandra provides the roughage that the dairy cows need to produce milk changed how I handle my cows. The realisation that even cows need a balanced diet has made me a wiser dairy farmer. “Depending on the weather, I now get an average of 10 litres up from the previous two, which I sell to hotels in Nakuru town,” she says. Ms Maureen Bahati, the Groots project officer, says that women in rural areas have little information on how to improve agricultural productivity despite having the capability to increase yields. “Rural women farmers concentrate more on subsistence farming than commercial farming. They do not know that whatever they have on their farms is actually wealth. “We therefore sought to engage them on ways they can transform themselves into agricultural entrepreneurs. We have trained 2,700 women farmers in Nakuru County and they are now reaping the benefits,” she says. She notes that rural farmers need access to agricultural information to increase their participation in crop and dairy production, which in the long term will boost the country’s food security. Ms Pauline Maina, an officer with the Ministry of Agriculture, says it is only by helping women appreciate that farming is business that they can be freed from the vicious cycle of poverty. Ms Maina, who is a trainer in agribusiness, says rural women farmers, who make up the largest percentage of the workforce in the farms, are limited by the perception that agriculture is about food for the family. “Women work hard in the farms but after harvesting they are quick to give out the produce without thinking much about the effort and the money they have invested in the production.

“Whatever is in their farms is their source of wealth. They must be able to make money out of it at all times,” she says. In Kenya, women comprise 80 per cent of rural farmers, according to the Food and Agriculture Organisation. However, what they produce is little compared to the men and this can only improve if they have equal access to inputs and services, Ms Maina says. FAO indicates that yields among women farmers could increase by nine to 24 per cent if they had the same experience, education and inputs as men.

HR&S has bought farmland for trying farming management i Togo.

Action10 / HR&S is supportingthe sustainable economy among rural farmes in Togo and in Kenya.

During the first years of the programme the business owners paid back at the level of in average 90%. They appreciated the opportunity and the training. They complained about a too limited amount of coaching and they would have wished for larger amount of funds. The first phase of the programme was concluded 2018, and had then reached eight villages and one semi-urban location and 300 business owners.  A new phase of the village programme was initiated in 2020, after a session of reflections over lessones learned, and targeted  four new villages and 200 new business owners. 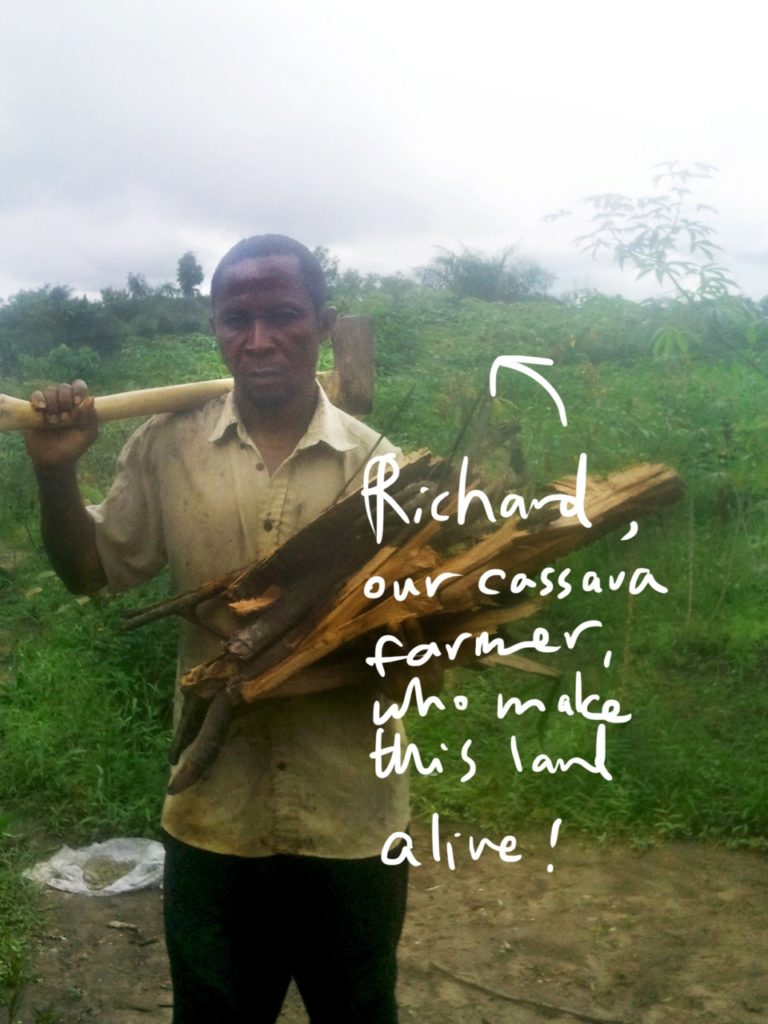