Small and medium enterprises (SMEs) play a major role in economic development in every country. In the African economies, the SMEs account for about three-quarters of the total employment in manufacturing, if also taking the contribution of the informal sector into account (Ayyagari et al, 2007). Based on a survey of 91 banks in 45 countries, Beck et al (2008; 2010) found that banks perceive the SME segment to be highly profitable and serve it through a number of lending technologies and organizational setups. The authors observed significant differences across banks based in developed and developing economies, and conclude that the enabling environment is more important than the size of the firm or bank ownership in shaping bank financing to SMEs. De la Torre et al (2010) investigate banks’ approaches to SMEs in terms of business models and risk management systems and found from a survey for 48 banks in 12 countries, that almost all have separate organizational units and offer a wide range of products, applying different transactional technologies such as credit scoring or risk-rating.  In 2009, the G-20 countries committed to identifying lessons learned on innovative approaches to providing financial services to SMEs and to promoting successful regulatory and policy approaches (Pittsburgh G-20 Summit, 2009).

According to enterprise-level data collected by the World Bank (various years), SMEs in Sub-Saharan Africa are more financially constrained than in any other developing region. Only 20 percent of SMEs in Sub-Saharan Africa have a line of credit from a financial institution compared, for example, with 44 percent in Latin America and the Caribbean, and only 9 percent of their investments are funded by banks versus 23 percent in Eastern Europe and Central Asia.

Calice et. al., (2012) found from a survey on trends and practices of SME lending with 16 banks in Kenya, Tanzania, Uganda and Zambia, that the banks were as a whole very keen to have SMEs as clients and were adapting their internal systems to better serve this market segment. The results of the survey indicate that banks consider the SME segment strategically important and are actively pursuing SMEs. The average SME loan portfolio in the sample countries amounts to 37 percent of total loans to the private sector. Most banks in the region were aware of the importance of SMEs in their respective economies and saw the SME segment as an important pillar of their growth strategy in view of its profitability and the cross-selling opportunities it offers. SMEs are pursued because of their perceived attractiveness as a business proposition. The SME market is considered large, very competitive and yet not saturated, with a positive outlook for further growth. Several constraints are, however, holding back the further involvement of banks with SMEs in the region: inherent SME characteristics (availability and reliability of information, informality, family-owned structures, inability to post adequate collateral); recent interest rate and exchange rate instability; the business regulatory framework, especially the KYC requirements; the legal and contractual environment, particularly judicial inefficiencies; a rather inorganic government approach towards this crucial segment of the economy; prudential regulation, in particular the requirements in the area of collateral; and some bank-specific factors. Banks in the region have developed coping mechanisms to overcome the obstacles which discourage them from entering the SME segment. Most banks have established separate units to be more responsive to the needs of their SME clients, in recognition of the inherent differences between SMEs and consumer and corporate clients. Some of them are allocating resources to provide training to their SME clients to improve their management skills and financial reporting. Though loan products remain largely standardized, there is an observable trend towards increasing tailoring, and banks are pursuing innovation and differentiation as a part of their SME strategy. Lending remains overall based on collateral. Risk management is increasingly automated though banks, with the exception of foreign-owned institutions, have not yet embraced on a large-scale the use of scoring and risk-rating technologies. Calice et. al., (2012) contiune that all this suggests that banks in the region seem to have embraced the SME segment enthusiastically and are making substantial investments to develop their relationship with SME clients. This holds good promise to contributing to close the “SME financing gap” which characterizes Sub-Saharan Africa, including East Africa, compared to other developing regions. It is, therefore, important that this trend is supported and encouraged by removing those institutional and policy obstacles that constrain SME lending. A necessary condition for the sustainable growth of the SME lending market in the region is the presence of a stable macroeconomic environment and a predictable policy regime. The findings of the paper suggest that banks in the region are pursuing the SME segment because of its attractiveness, despite important constraints. Calice et. al., (2012) also states that in order to ensure that this trend continues uninterrupted, strong macroeconomic performance and a stable and consistent fiscal and monetary framework have been identified as important considerations. It is also important, according to Calice et. al., (2012), that countries in the region continue their efforts to modernize their financial systems, including the prudential regulatory framework, enhancing competition and innovation so as to give rise to alternative financing providers and financial solutions to better serve the SME segment. Reforming the legal and regulatory environment might contribute to increase banks’ involvement with SMEs. A first area of intervention might be the legal framework for creditor rights and for secured lending. Efficiency of the courts and issues surrounding the definition of collateral have been listed as important constraints to the development of the SME lending market. Targeted interventions on the relevant legislation might contribute to speed up enforcement procedures and improve the efficiency of the judiciary. For SMEs, what constitutes acceptable collateral is also an important issue. Reforming the legal framework for secured lending and reviewing the regulatory treatment of collateral would facilitate SMEs to pledge a wider share of their assets as a guarantee for their borrowings. Finally, governments might explore the possibility of introducing a simplified company registration process, which takes into consideration the peculiarities of SMEs compared to larger companies.There is also room for optimizing the role of the governments in the region. Current government programs in the SME space are perceived as generally insufficient in supporting the growth of the market. This might be due to the lack of consistency. Governments might therefore consider introducing a dedicated and organic SME policy to boost this segment. A first start should be the adoption of a uniform definitionof SME. Most of the banks in the sample countriesuse loan size and turnover as criteria to define SMEs. The adoption of such criteria and their formalization into relevant legislation might ease the attainment of policy objectives in this area. A second area of intervention might include the optimization of current financing support mechanisms, including national and regional development finance institutions, by focusing on additionality and on developing new instruments. In this respect, an assessment oftheir mandate and their development effectiveness would help fine tune a policy review in this area.

According to Calice et. al., (2012), a better understanding of the SME segment and the implementation of measures aimed at addressing some of their intrinsic weaknesses should be a further policy priority. Given the crucial importance attributed by banks to SME-specific constraints, priority might be given for example to the collection of statistics and data on their characteristics in order to better understand the demand-side perspective, which is equally important in the development of the SME lending market. Measures in this domain might include the scaling up of capacity building programs and the introduction of incentives for SMEs to formalize.

It can be noted also that the African Development Bank has actually implemented a regional project whose objective is to identify best practices in SME lending as well as constraints that impede growth in the SME finance market so as to draw relevant policy implications (Calice et. al., 2012) . The approach used for the study was based on a tabulated questionnaire followed by on-site interviews with banks’ senior management, but the interviews and data processing are confidential to avoid disclosing each bank’s position or strategy.

Human Rights & Science (HR&S) recognises researchers, innovators, and entrepreneurs in lower-income countries who present amazing social business ideas and supports them. Our main aim is to implement locally developed and locally adapted solutions. HR&S aims to facilitate the starting and scaling-up local enterprises that address the needs of the local people.

HR&S trainings are instructor led and delivered by using a blended learning approach. It combines presentations, guided sessions of practical exercise and group work. Our facilitators are seasoned experts with years of experience, working as professionals and trainers in these fields. 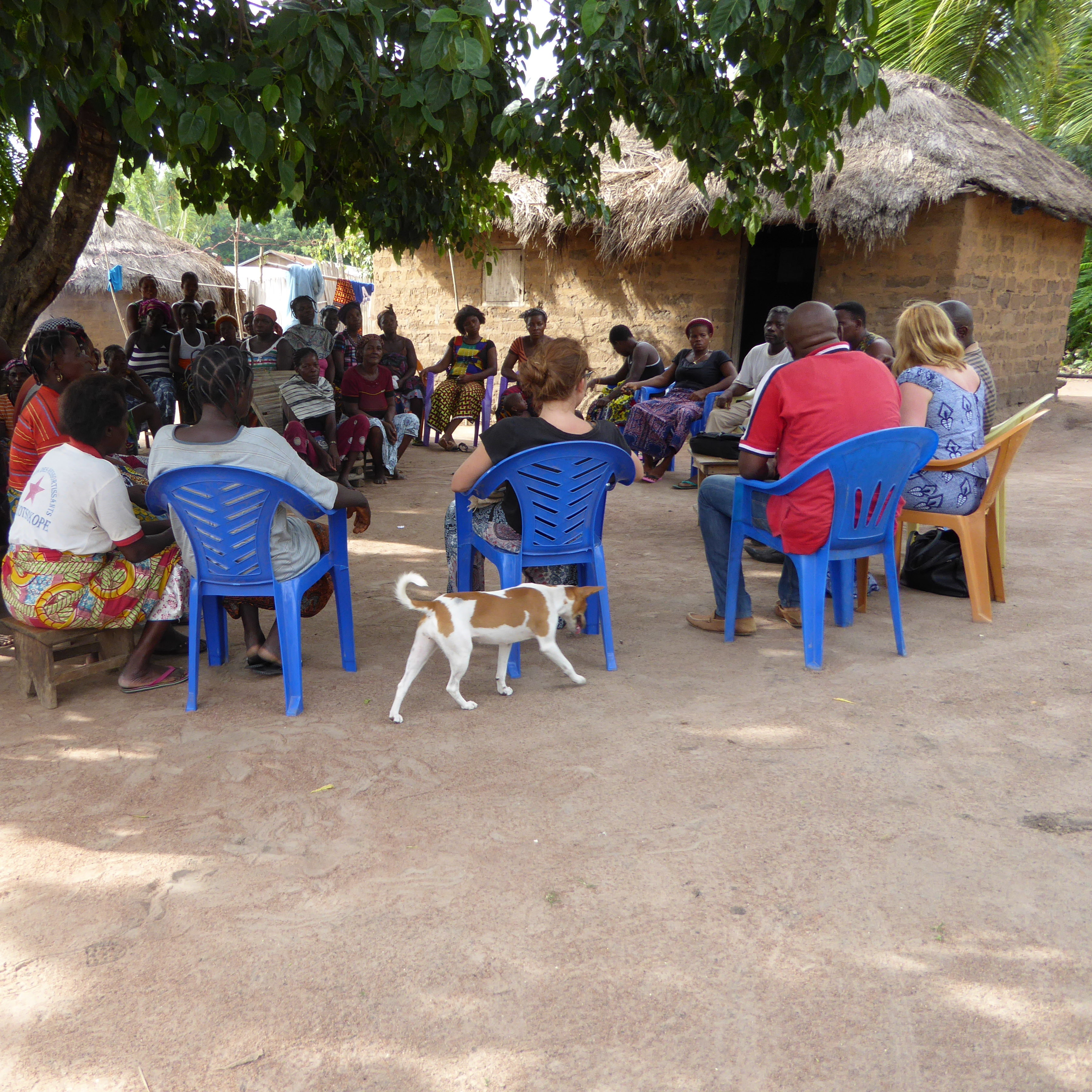 HR&S has established HR&S Research, Innovation and Social Enterprising (RISE) Support Centres in a number of Sub-Sahara African countries. Each Centre is always on a programme of capacity strengthening through weekly interactions with HR&S Sweden.

The Centres provide support to local social entrepreneurs, researchers and innovators through coaching. 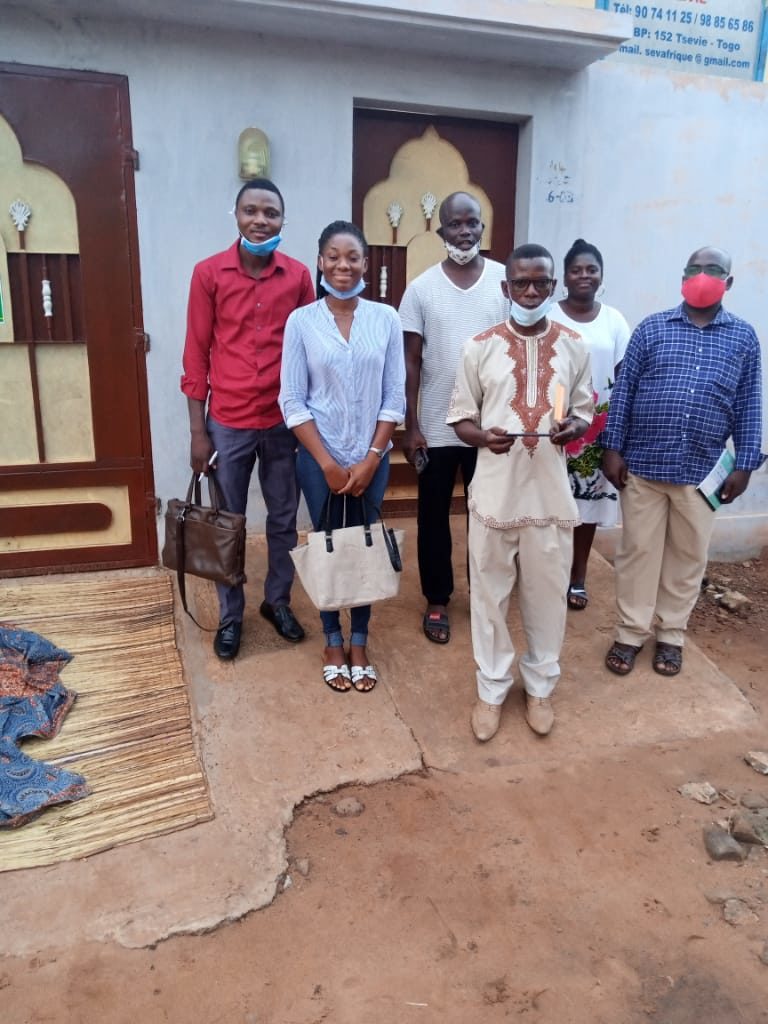 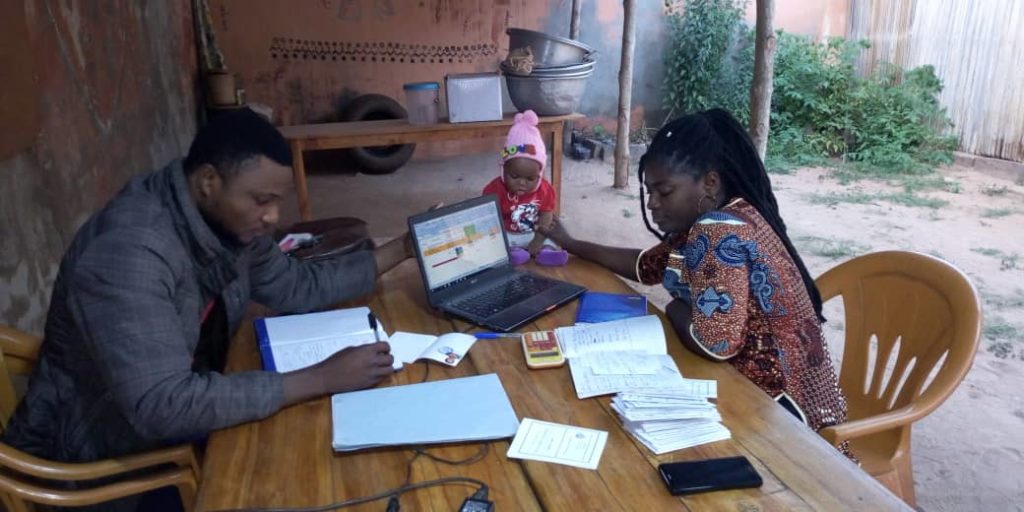 As a result of that HR&S is reaching out to the under-served poputions and is operating in aid prone  the risk with giving out loans is high.

The high risk is addressed by
i) Much effort is put into training, coaching and controlling.
The 10% interest is contributing to this cost, but cannot cover the costs fully. The coaches and auditors are reimbursed a minimum annual amount of Euro 300.
ii) The investment capital is generated through donations.

Profit is kept by the entrepreneur to cover the running costs of the company.